Looking back at the history of Trados Studio and MultiTerm, I've realized that this is now my eighth major release as the product manager responsible for the continuing development of the world's market-leading CAT tool and terminology management system. So besides giving you an overview of what's new in this release, I want to take the opportunity to say a big 'thank you' to our growing community of users.

Whether you're a freelance translator or you work for a language service provider or any other business or organization using our translation software, thank you for your incredibly valuable input over the years and for being on this journey with us.

One of the key objectives of managing a successful product over so many years is always to stay relevant. With this comes a responsibility to balance different priorities.

On the one hand, since no piece of software is ever without room for improvement and we're always aware of niggles experienced by users, we need to keep addressing these and refining the user experience. On the other hand, if this were always our primary focus we'd risk missing major industry trends or innovating ourselves, and ultimately we'd decline in relevance over time.

In short, it’s important to keep reinventing the product so that users can take up new ways of working, while not neglecting the refinement of existing use cases.

With our previous release, Trados Studio 2021, we had a major ‘reinvention’ milestone. We added completely new ways of working – using a cloud platform – to the well-established options of using Trados GroupShare or just Studio (along with everyday office software) to run translation projects. This was a major shift in our whole Trados portfolio, with the integration of Studio and our cloud-native platform establishing the ability to work flexibly (from anywhere, with any device), and much easier ways to collaborate within a translation team and manage translation from end to end.
With cloud-based management capabilities and a browser-based CAT tool (our online editor), you can create translation projects in the browser and then decide whether to use Studio or the online editor for the translation and review steps, depending on the needs of the job. This was, and remains, an exciting shift, serving the diverse needs of our clients and the industry at large. In fact our cloud offerings, Trados Team and Trados Enterprise, are our fastest growing products – testimony to how important it is to keep pace with developments in the wider world of work and offer flexible solutions to everyone involved with translation.
To mark this shift in our portfolio and make it easier for all Studio users to get to know this new world, we've decided to make a package of 'personal' cloud capabilities completely free with the release of Trados Studio 2022. They're a small subset of the capabilities available to Trados Team and Trados Enterprise subscribers, letting you discover the potential of the cloud, or a mix of desktop- and cloud-based working, at your own pace.
Your access to this personal cloud environment remains free for as long as you hold a license or subscription for a supported Studio product with cloud integration (including Studio 2021).

To make this as easy for you as possible, Studio 2022 features three powerful wizards to help you move local work to the cloud. One converts a Studio project to a cloud project, including the ability to specify a cloud project template. This lets you replicate the classic Studio settings when running a cloud project, such as specifying which QA checker settings to use, or which fuzzy match threshold to pick for pre-translation with cloud resources.

The other two wizards let you convert local translation memories and termbases to their cloud-based versions in a matter of minutes. All in all, this means that it has just become a lot easier to transition to the new world.

The Trados online editor, our browser-based CAT tool, has also seen hundreds of changes and updates over the past year. We have the ambition to make this the best cloud-based editing environment in the industry. It might even already be the best ?  but it’s key for us to keep pushing the boundaries. One example is the way you can detach and move the online editor's side-panel, so you can (for example) view a real-time preview on your second monitor while working on your first, just as you can in Studio.
Giving translators and reviewers the best possible cloud-based editing experience is central to our vision of letting them work wherever and however they want. What’s great about the online editor, of course, is the way we can continually roll out updates that become immediately available to you without any effort on your part. So stay tuned as we keep developing and refining the online editor.
To keep the balance right between offering Studio users a whole new way of working and advancing existing capabilities, the 2022 release marks our biggest focus for a while on responding to specific requests from users of both Studio and MultiTerm. In fact, this release features the highest number of such updates that we've ever included in new versions of these two products.
Have we addressed every wish ever expressed? Of course not; that's just not realistic with such feature-rich, complex products. But we know how vital it is to deliver a reliable CAT tool that keeps meeting advancing UI expectations and works well for everyone, even those with niche needs.
For example, in Studio we've given the Editor area – where translators and reviewers spend most of their time – a clearer font display and even better Unicode character support. We've also refreshed MultiTerm's font display, which has a knock-on improvement in Studio's term recognition and term search windows. For those who use the alignment editor, we've rolled out font adaptation settings that make it far easier to align documents with small fonts or Asian characters. With 220+ updates, even though some are 'under the hood' technology improvements or relate to features not used by everybody, there's something for everyone.
When it comes to expanding the 50+ file types Studio already supports, 2022 adds a few interesting new ones. One is multilingual Excel, which we're now supporting through a powerful new app for Studio, downloadable within Studio from the integrated RWS AppStore.
The number of use cases for multilingual Excel was a revelation to me personally. I knew it was one of the mainstream formats for gaming localization. But it turns out it also has its uses in software localization in general, and in multilingual terminology tables – often with quite detailed context information and definitions – where the ask is to fill gaps in one or more of the languages, taking into account the context provided.
I'll admit I'm not a huge fan of (ab)using Excel for localization purposes, as it’s just not flexible enough to capture unstructured data and deal with the many exceptions you hit when working in a multilingual context. But I can see why people gravitate to it, as they can 'throw everything at Excel' and leave its issues to be handled by those who need to process the content downstream. With the new app for Studio, you can now deal with even the most complex multilingual worksheets, create matching multilingual projects, go through the translation and review process, and then generate the target content in the same format it came in. Enjoy this new app!
Another interesting new file type we're now supporting is the Microsoft .NET binary format, the first binary (i.e. non-text) file support in Studio. This is an interesting new option if you're thinking of centralizing translation of all content through one translation environment, irrespective of whether you're dealing with software localization, marketing collateral, web content or any type of document. We're supporting the most common .NET platforms – WinForms and Windows Presentation Foundation (WPF) – up to the latest .NET version (.NET 6 at the time of writing).
Some of you may ask: isn't that what Passolo is for? Passolo can of course handle .NET and many other software formats, and will continue as the platform of choice for those who rely on its many sophisticated features specific to software localization. But the new Studio .NET file type, which actually started life as a format for our cloud platform users, is important for those who want to follow a cloud-first localization strategy not supported by Passolo, or whose software localization needs are a non-core adjunct to other localization needs.
As I keep saying, it’s key that we develop our portfolio to satisfy the many different needs of our clients.
Even though I've been able to cover only a fraction of the work that has gone into this new release of Studio, I hope this blog has given you some insight into our approach and where we're heading , and assured you that we care about both your immediate and future needs. There's also a brochure  that covers the new features I've mentioned and a few more.
One of the bigger developments that I'm going to cover in more detail in another blog (in the not-too-distant future) is the exciting new Manager view that we've released with Trados Studio 2022 as an early beta. Stay tuned for more on that!
See for yourself what's new in Trados Studio 2022 by registering for our webinar, which will include demos of key new features.
Webinar: What's new in Trados Studio 2022
When: June 23, 2022
Published on May 25 2022 in Product  , Trados Studio 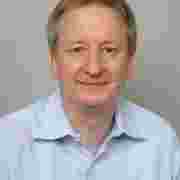 about Daniel Brockmann Daniel Brockmann is Principal Product Manager at RWS and fulfilled this role also in Trados before the merger with RWS. Mr. Brockmann joined the company in February 1994. In the first years he has worked as a training and support specialist, sales engineer and documentation specialist, among other roles required in a very fast-growing company. He also played a vital role in establishing the worldwide Trados operations by training up the various emerging Trados offices on Trados' software solutions. Today, Daniel’s team product-manages a wide range of applications for translators, project managers and terminologists: the translation productivity environment Trados Studio, the terminology management suite MultiTerm, the collaboration solution Trados GroupShare as well as the app store platform AppStore.