A little earlier this year during May and June, I started the app idea competition on the SDL AppStore to gain feedback from our users about what they would like to see as a new app. My aim was to give customers the opportunity to voice their suggestions for new features. We wanted to hear about all those bright ideas for apps that often crop up when SDL Trados Studio 2015 users are working.

Of course most translation professionals don’t have the ability to develop applications unless they do a bit of programming on the side as a hobby, so we asked, ‘If you had the development skills and resources to create your own app for one of our products, what would you want to make? Is there a feature you wish existed in Studio 2015 that you could download from the app store?’

Vote for your favorite app idea here for a chance to win a Samsung Galaxy tablet!>>

Picking the finalists from over 200 entries

We received an amazing response with over 200 entries! It was a long and tricky task that involved a panel of judges to select the best ideas including myself and other colleagues such as Client Services Director Paul Filkin, Evangelist Developer, Romulus Crisan and Director of Product Management for SDL’s translation software, Daniel Brockmann.

We picked ‘the best’ by choosing the ideas that were submitted multiple times and taking out any ideas that are already in development or are already existing features (prompting us to provide more webinars and informational material for these features). It was great to hear all the different imaginative entries that people came up with.

Finally, we selected the top 13 ideas we thought would have the most impact and benefit the widest range of users. We had planned to pick the top 10 ideas, but with so many great ideas it was too difficult to narrow it down, so we ended up with a top 13! Thanks to everyone who submitted an idea.

Now it’s over to you!

We need your vote! The poll is now open for you to pick your favorite app idea. And the great news is that by voting, you are automatically entered into the prize draw for a chance to win 1 of 2 Samsung Galaxy tablets. As well as having the chance to win a prize, the app idea with the most votes will be developed by SDL, so it’s worth voting to get the feature you want most made into a reality!

To enter and vote, you just need to login to the SDL Community with your SDL Account user credentials to be able to view the forum post and the poll. You can only vote once so make sure you’re happy with your decision! If you change your mind though, you can vote again but only your latest vote will be counted.

So would you like an app that could help motivate you to be more productive by notifying you whenever you’ve earned ‘X’ amount of money translating? Or one that could give you instant word counts without opening Studio? An app that converts currencies, weight and other units for you with just a click? These are just a few of the ideas included in the poll. Make your view count and vote for your favorite app idea today. Fingers crossed that your choice wins!

The poll ends on August 18th so don’t miss out! Vote now>> 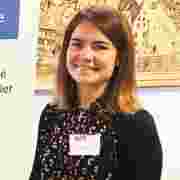 about Clementine Tissier Clementine works in the Language Technology division at SDL, Maidenhead., looking after the LSP market.