There is no content on local website I understand, close this message.
Welcome to the micro homepage!
The page is not available in your local language
Go back
Stay
If you speak any one of Europe’s many languages, then today’s your chance to celebrate! As many may know, today marks European Day of Languages. Now a regular fixture in our calendars, European Day of Languages – now in its 17th year – was first established by the European Union to encourage and promote language learning. It’s since developed into an annual opportunity to reflect on the diversity of cultures, languages, and people featuring across our colorful continent.

And that’s it! I hope you’ve enjoyed reading, and managed to pick up a fact or two along the way about the wealth of culture and diversity our European languages offer.

Published on September 26 2018 in Events 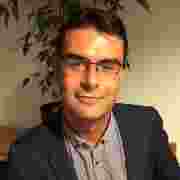